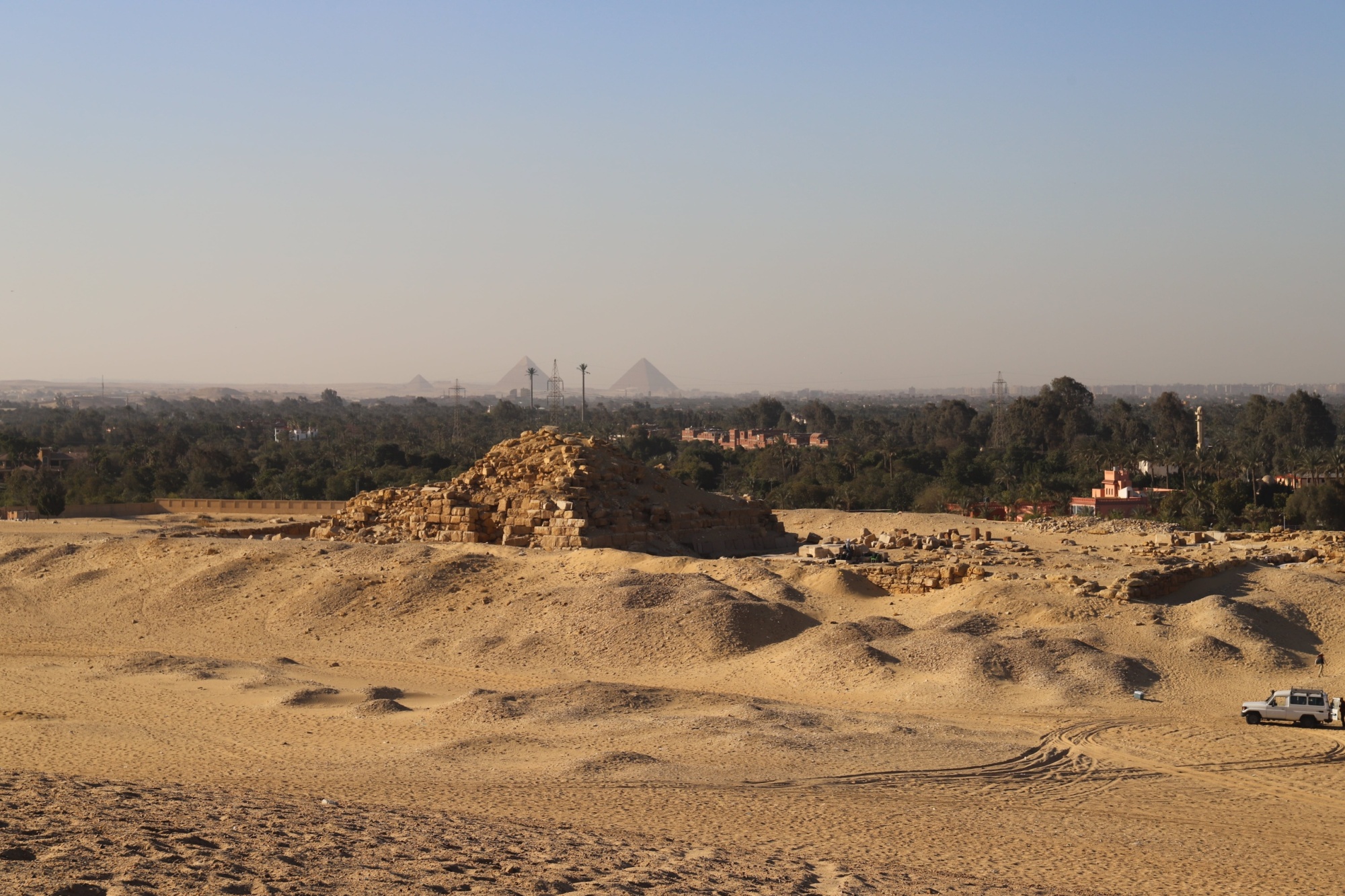 The “Sun Temples Project” is an interdisciplinary endeavor that aims at deepening our knowledge of a so far unparalleled category of royal monuments in ancient Egyptian history, the so-called “sun temples” of the Fifth Dynasty (mid-Third Millennium BC).

Solar cult was a characteristic features of ancient Egyptian history ever since its beginning. Only in the Fifth Dynasty, however, this cult took over any other forms of royal patronaged cults, stimulating the creation of a new type of building, which will have dramatic consequences in the architecture and religion of the ages to come.

Despite their importance, our knowledge of Sun Temples is still blurred, especially when we consider that out of the 6 temples known from historical sources, only 2 have been unearthed so far. Out of them, only one – the sun temple of Niuserra, located in the site of Abu Ghurab, c. 20 km south of modern-day Cairo – is still preserved enough today to give us an idea of how these temples should look like.

The objective of the present project is thus to reassess and re-investigate completely this sun temple, with 5 main research goals:

Contextually, the project also wishes to investigate the dynamics of formation of the sacred landscape of the site of Abu Ghurab in relationship with the rest of the monumental landscape of the Memphite necropolis. In fact, sun temples were an integral part of the wider phenomenon of construction and manifestation of royal ideology during the Fifth Dynasty. This process involved different “social players” and was shaping Egyptian culture downwards (from the royal to the non-royal milieu) as much as upwards (from the non-royal to the royal context). This landscape investigation, combined with the study of the historical sources of the time, will hopefully contribute to shed light also on what is eventually the main research question of this project: where are the missing sun temples?

The “Sun Temples Project” final outcome is to produce a monograph and multiple peer-reviewed articles, but primarily to create an open-access web-HGIS (Historical Geographical Information System) on Fifth Dynasty Sun Temples, to showcase its findings to the wider audience.

The “Sun Temples Project” is led by Primary Investigator Dr. Massimiliano Nuzzolo, and assisted by postdoctoral researcher and archaeologist Dr. Mohamed Osman, as well as by the doctoral assistant and digital specialist, Mr. Marco Anzalone. The project is based at the Institute of Mediterranean and Oriental Culture of the Polish Academy of Sciences in Warsaw (http://iksiopan.pl/index.php/en/), and our work is  supported by the Polish National Science Centre (https://www.ncn.gov.pl/?language=en), through the funds of the Sonata-Bis-9 Call (2019/34/E/HS3/00438).

The “Sun Temples Project” also primarily benefits from the partnership with the Italian (now Italian-Polish) Archaeological Expedition at the Sun Temple of Niuserra at Abu Ghurab (co-directed by Prof. Rosanna Pirelli and Dr. Massimiliano Nuzzolo) from the University of Naples L’Orientale, which is carrying out archaeological research and survey at the site since 2010, also thanks to the constant support and sponsorship of the Italian Ministry of Foreign Affairs and Cooperation (from 2010 to 2021 under the scientific responsibility of Dr. Andrea D’Andrea).

The solar cult in ancient Egypt is a phenomenon that likely has immemorial origins. Attestations of the solar cult are in fact dated to at least the beginning of the Fourth Millennium BCE, in the famous archaeological site of Nabta Playa, in southern Egypt. During the first half of the Third Millennium BCE the sun cult become the main official royally-patronaged cult, with an importance gradually growing over the centuries, and specific parts of the pharaohs pyramid complexes dedicated to it.

Finally announced by the Egyptian Ministry of Tourism and Antiquities our latest discoveries in Abu Ghurab…… many thanks to all the mission members as well as to local authorities and workers !!!

Season 2021 at the sun temple of Niuserra in Abu Ghurab was featured as a part of the “Lost Treasures of Egypt Series 3, Episode 2” documentary….. thanks to all the troupe of the National Geographic & associates !!!

This website uses cookies so that we can provide you with the best user experience possible. Cookie information is stored in your browser and performs functions such as recognising you when you return to our website and helping our team to understand which sections of the website you find most interesting and useful.

This website uses Google Analytics to collect anonymous information such as the number of visitors to the site, and the most popular pages.

lf you agree, the Sun Temples Project will share your data with third party for the analysis of the statistics aforementioned and for the spam detection.